Back To Plan Overview
Day 5


Just before Thanksgiving, Patrick asked my father for his blessing to propose. An Army Colonel who’d spent nearly 30 years serving in the U.S. Military, my father has all the outward trappings of intimidation. Patrick braced for the third degree. Instead, my father laughed, shrugged, and smiled.

“You’re both smart,” he said. “If Claire wants to marry you, then you have my blessing.” Before Patrick could breathe easy, my father put up one finger as if he’d just remembered something important.

“You know, Claire has a tendency to want to take charge,” he said.

Way to go dad. I can’t blame him for saying that—it’s true. I do have a tendency to want to take charge. For that reason, reading this passage is difficult. It’s easy to read verses about how God loves me. It’s hard to read about what God expects of me. But deep down I know the passages of Scripture that make me most uncomfortable are likely the passages I need to engage with the most.

When I read this passage the first time, all I could think about were women who’ve been mistreated, oppressed, and abused by men who have used these Scriptures to justify their abhorrent behavior. But Peter isn’t writing this passage for society at large. He’s telling individual women to submit to their own husbands, not for all women everywhere to be subordinate to men in general.

If my father’s first warning weren’t enough, nine years of marriage have likely taught my husband that my ability to submit isn’t my best quality. Whenever there’s a decision to be made, my knee-jerk reaction is to grab the reins—not out of kindness, but out of pride and fear. My desire for control is more powerful than my desire for deeper marital connection. All the while, the world tells me that I can be superwoman, have it all, remain young-looking, and raise a family. Soon, my hands are full of reins, but my heart is empty of peace. God invites me into a new way of living. The new way is slower, quieter. Because God loves me, I can trust that obeying His guidance won’t lead to more harm but, ultimately, to His blessing.

At the end of the previous chapter, Peter outlined Jesus’s suffering and sacrifice on the cross. He begins this chapter with these words: “In the same way, wives submit yourselves to your own husbands” (v.1). Peter then calls husbands to do the same, especially taking in to account the societal norms of the day, which saw women as “weaker” and less than their male counterparts. He instructs:

In the same way, you husbands must give honor to your wives. Treat your wife with understanding as you live together. She may be weaker than you are, but she is your equal partner in God’s gift of new life (v.7).

Jesus gave us a model for sacrificial love. And if we’re following His model, we cannot be surprised when loving well is sometimes hard and messy; it may cost us something in return. Jesus put down His rights in order to grant us access to the kingdom of God. In the same way, we’re called to put down our own need for control, trusting His ways are best. 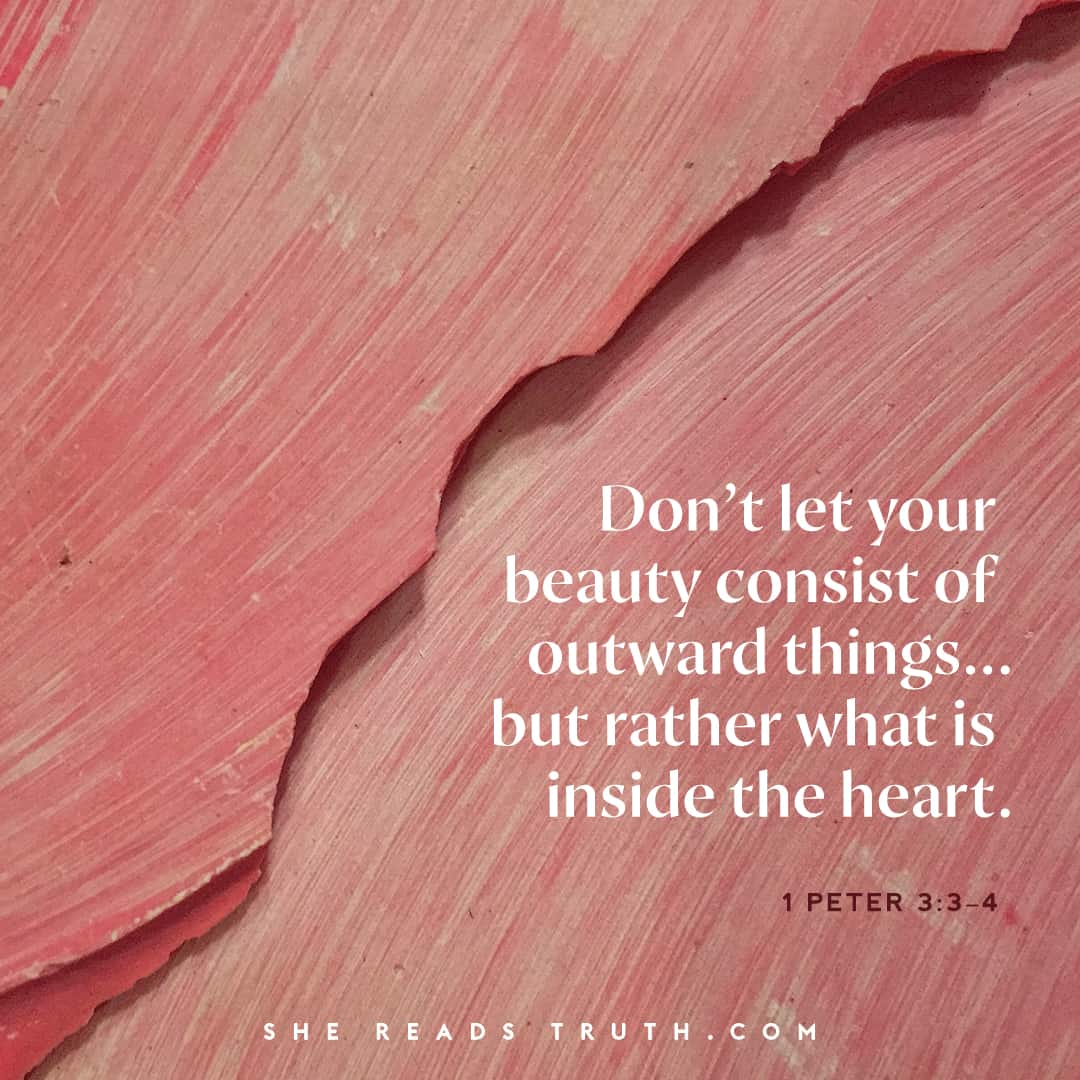 80 thoughts on "Wives and Husbands"