Back To Plan Overview
Day17

Salvation Is for Everyone

I slinked into my church’s Saturday night service and quietly sat in a row near the back. It had been a hard week, and I wanted to be alone. With a quick glance, I saw a few people I knew scattered about the room. It would have been good for me to stick around and chat with them, but instead I left after the closing prayer and sat in my car. Alone.

This is often my default when things get hard: be by myself, pray, journal, figure it out. It might be your default, too, and that would be understandable since we’re both living in a culture that promotes individualism and a DIY attitude toward all things.

I don’t know the origin of this isolating cultural perspective, but I know it wasn’t learned from the book of Acts. In this chronicle of the early Church, we’ve read story after story of unity and togetherness. Scripture tells us “all the believers were together and held all things in common,” that they “were of one heart and mind” (Acts 2:44; 4:32).

Acts 11 carries on this unity theme, first with Peter defending the Gentiles. To say a Gentile could also be saved and receive the Holy Spirit was a big deal at the time. Until then, only Jews were considered candidates for Christianity; so letting Gentiles into the club was sort of like letting freshmen on the varsity team without a try-out. You just don’t do that. But Jesus did.

After listening to Peter’s defense, the skeptics responded, saying, “So God has granted repentance resulting in life even to the Gentiles!” (Acts 11:18). Here we see the Church embracing the outsider in the name of Christ. In Jesus, salvation was—and is—offered to all, regardless of our labels.

Next, we hear about the revival at Antioch. The number of conversions was so great that Barnabas went searching for his buddy Paul for help. At Antioch, they labored together for an entire year. Barnabas could have manned the Antioch church by himself, but he pulled in a friend to be with him on the journey. The disciples knew that ministry together was better than ministry alone.

Finally, we get to the part that is my personal favorite, where believers are united not only in deed, but also in name as the term “Christian” is introduced (Acts 11:26). Before any other title we may hold—Jew, Gentile, mother, daughter, sister, friend, co-worker—is this one: Christian. It sets us apart as believers in the death and resurrection of Christ. Even stronger than a bloodline, is the Christ-line we all share. It is what makes the Church body a family.

I thought of this while I was sitting in my car, in the church parking lot, alone. A building full of family sat in front of me, yet I was operating like the Lone Ranger. I had forgotten that the purpose of the Church is to do what Barnabas did at Antioch: “He encouraged all of them to remain true to the Lord with a firm resolve of the heart” (Acts 11:23). I had forgotten that salvation was for all weary sinners and I was welcome here, even on my worst days.

So I did what was not in my nature to do—I reached out to the Body, in the form of a group text. Thirty minutes later, I was sitting with friends, eating chips and guacamole. I shared a little and laughed a lot, and I was reminded that we were never meant to do this alone, that believers are united by an unbreakable thread in Christ. Before we are anything else we are Christians, and that makes us more than friends. That makes us family. 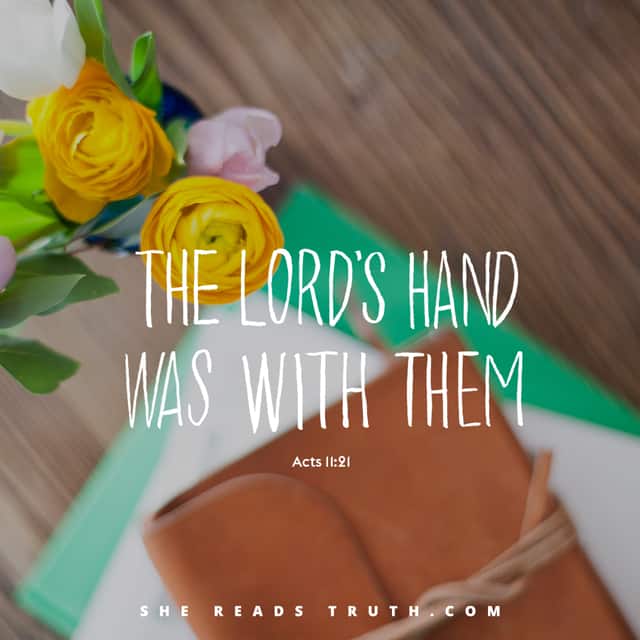 88 thoughts on "Salvation Is for Everyone"